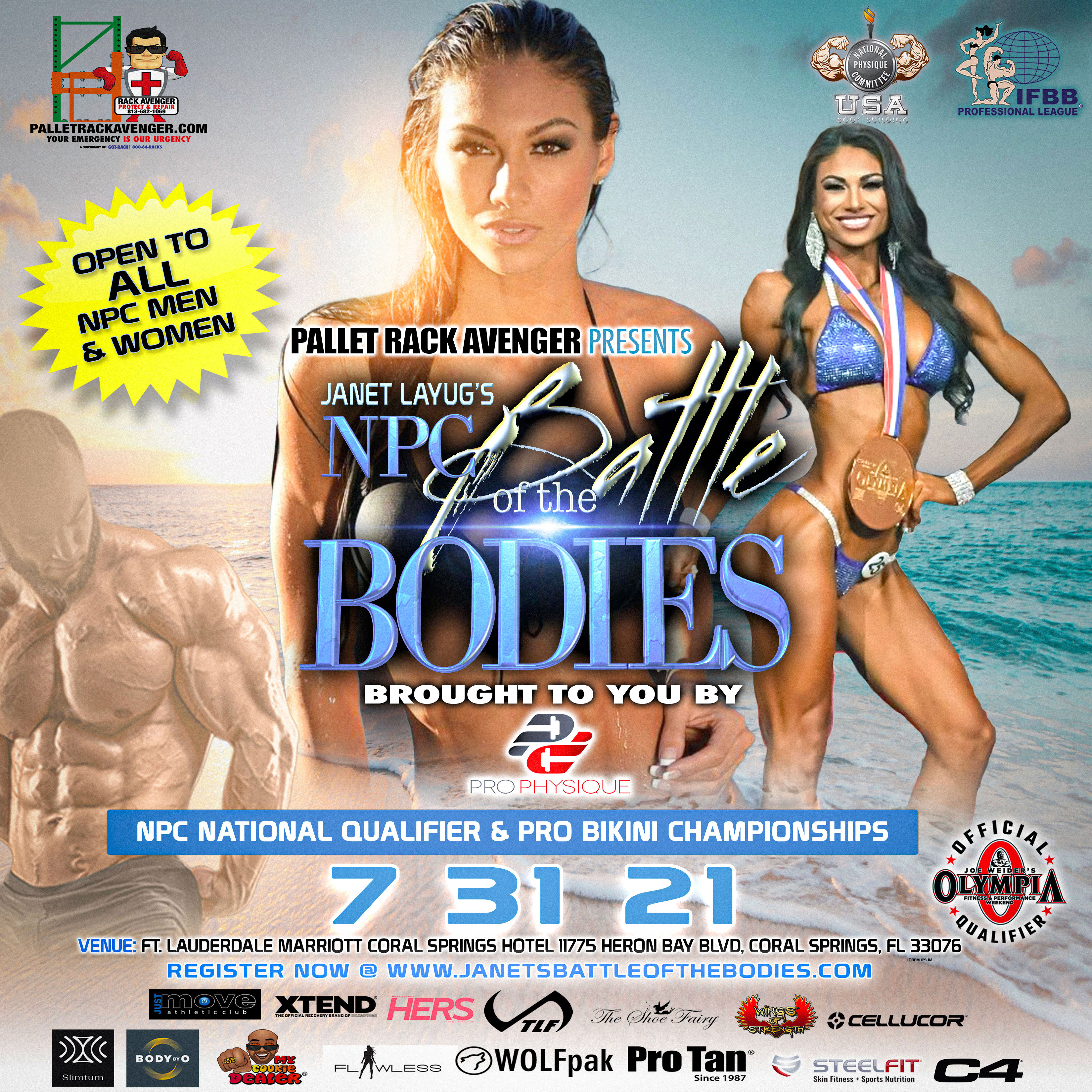 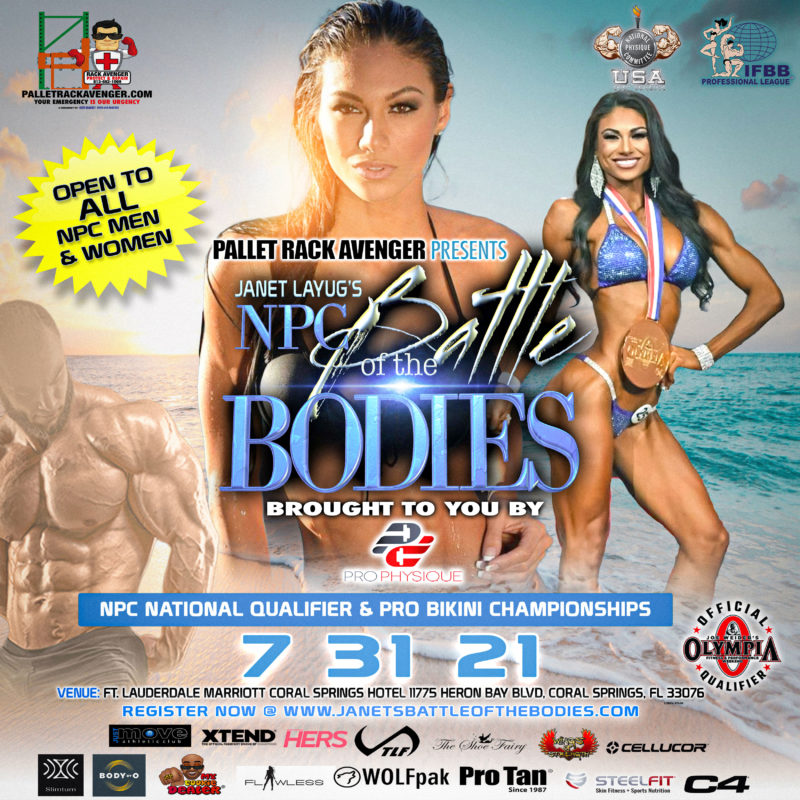 After making history with her big win at the 2020 IFBB Bikini Olympia, Janet Layug has turned her attention to contest promotion with the announcement of a new event!  Janet Layug’s NPC Battle of the Bodies hits South Florida on July 31st and the new bikini queen is going all-in as she becomes the first reigning Bikini Olympia champion to produce her own fitness event.  Presented by Pallet Rack Avengers and brought to you by Pro Physique, momentum is building for this NPC National Qualifier (opened to men and women) held in conjunction with an IFBB Pro Bikini showdown, a 2021 Olympia qualifier.

“I’ve been competing for a long time and I’m so excited to give something back to an industry that has been such a big part of my life.” explains Layug.  “We have some exciting things planned, including a big-time stage production along with a great venue in South Florida. Plus, our pro bikini champion will lock in their spot on the Olympia stage!”

With plans to raise money for area children’s charities, the Ft. Lauderdale Marriott (Coral Springs) will serve as the host venue for the inaugural NPC – IFBB Pro Battle of the Bodies.

The reigning champ adds, “I have big plans for this event and I’m excited to see everyone on July 31st. I’m grateful to the Manion family for giving me this incredible opportunity.  If anyone is looking for an inspiring opportunity to compete, I strongly encourage you to register.  It’s gonna be a lot of fun!” 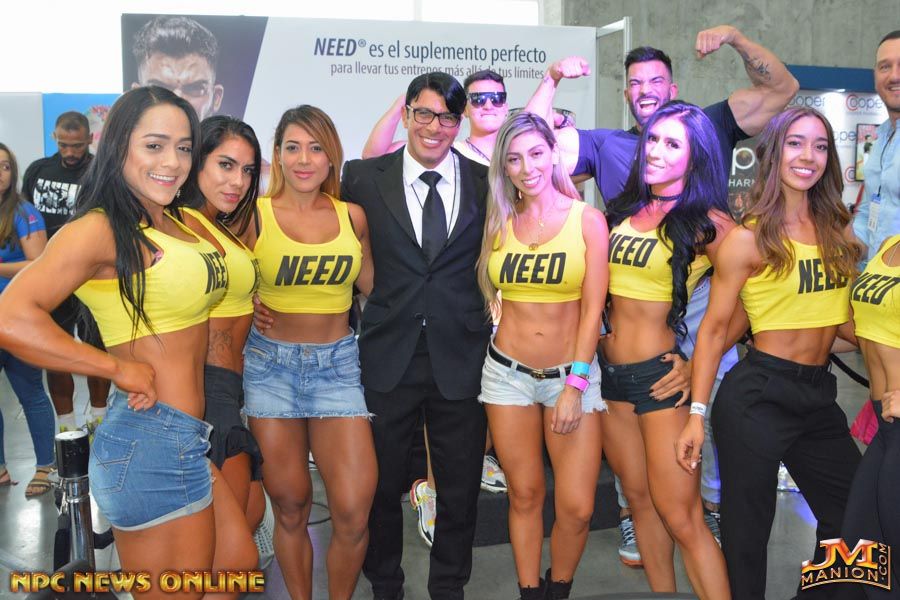 Check out the contest photos from the 2015 NPC Heart of Texas! Click here to see the galleries. 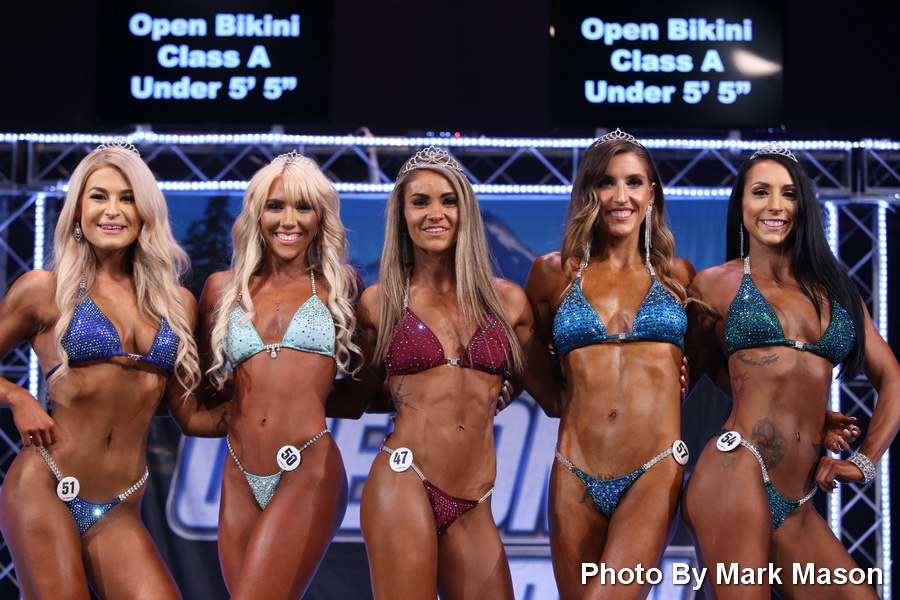 Take a look at the contest photos from the 2019 NPC Oregon Open! Click here to see the galleries.