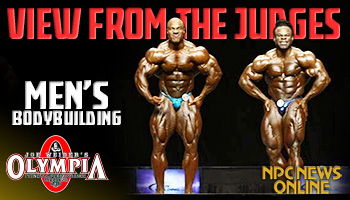 Bodybuilding fans around the world just witnessed one of the most competitive Mr. Olympia competitions in history. IFBB Judge Sandy Williamson acted as head judge for the finals on Saturday night. Here, she breaks down the top six. 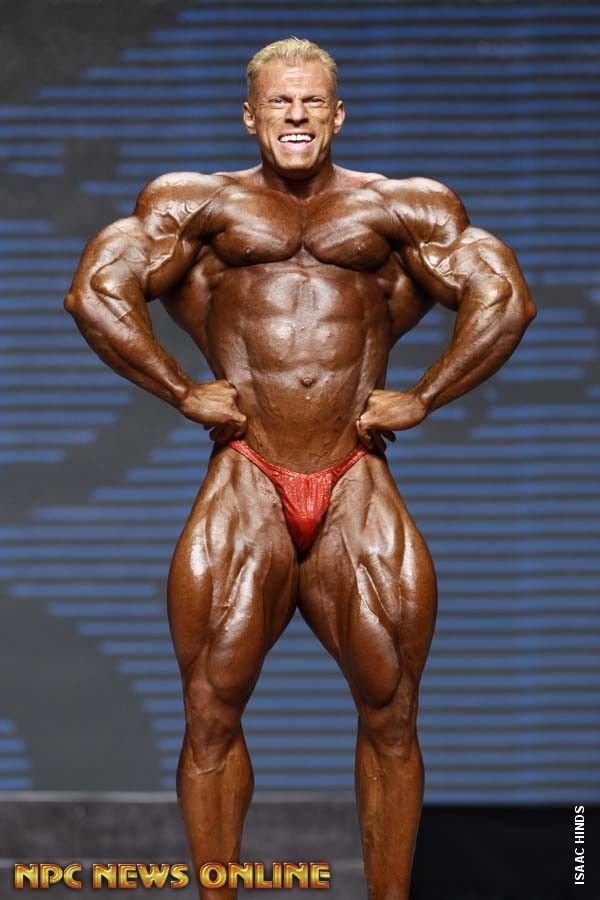 “Friday night his conditioning wasn’t quite as good as it has been in the past. He looked a little smaller than usual. It was very close between 6th and 7th. Saturday he was much more conditioned, detail was much better and that’s why he bumped Toney Freeman out of sixth. Dennis just didn’t stand out on Friday. As prejudging and finals go on he usually fades – but he did not do that on Saturday at all. Most of the judges commented on that – it’s usually a big problem with him but wasn’t this time.”

Go here to see all of Dennis Wolf’s Olympia photos 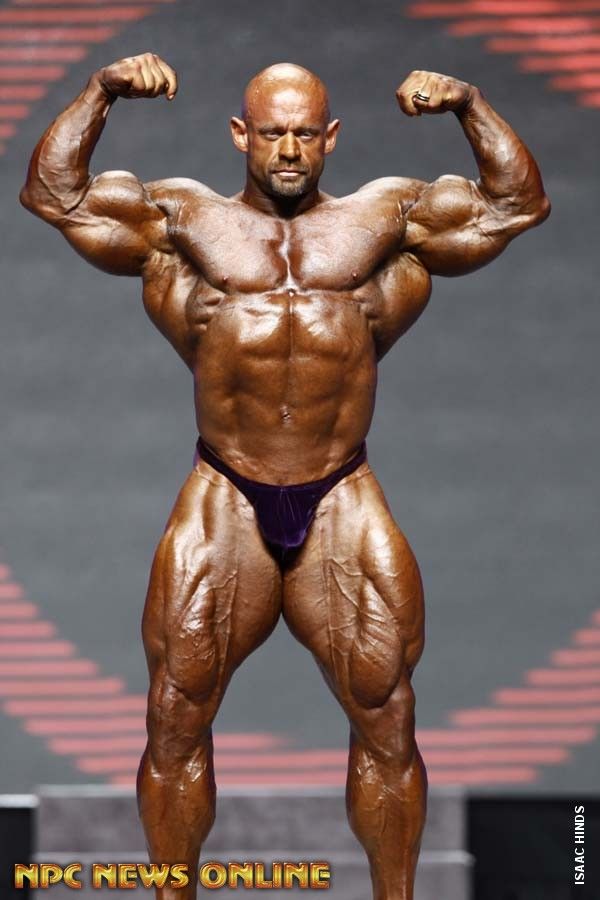 “Obviously Branch didn’t come close to the conditioning he had at the Arnold. He was holding a lot of water in the prejudging and the finals. He’s got a lot of mass but his conditioning just wasn’t where it normally is. And Branch’s conditioning has always been his hallmark. Missing that just completely took away from his symmetry and definition and made his flaws more visible in this lineup.”

Go here to see all of Branch Warren’s Olympia photos 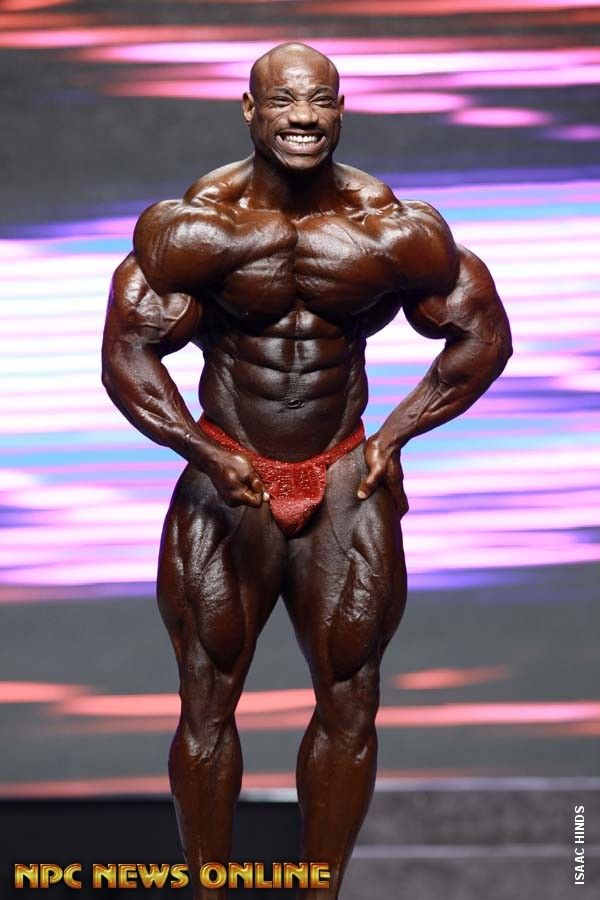 “Looked the best I’ve seen him in the last three years. A really great outing for Dexter. Conditioning was good, detail was there and it looked like he kept his size. I thought he was a solid fourth.”

Go here to see all of Dexter Jackson’s Olympia photos 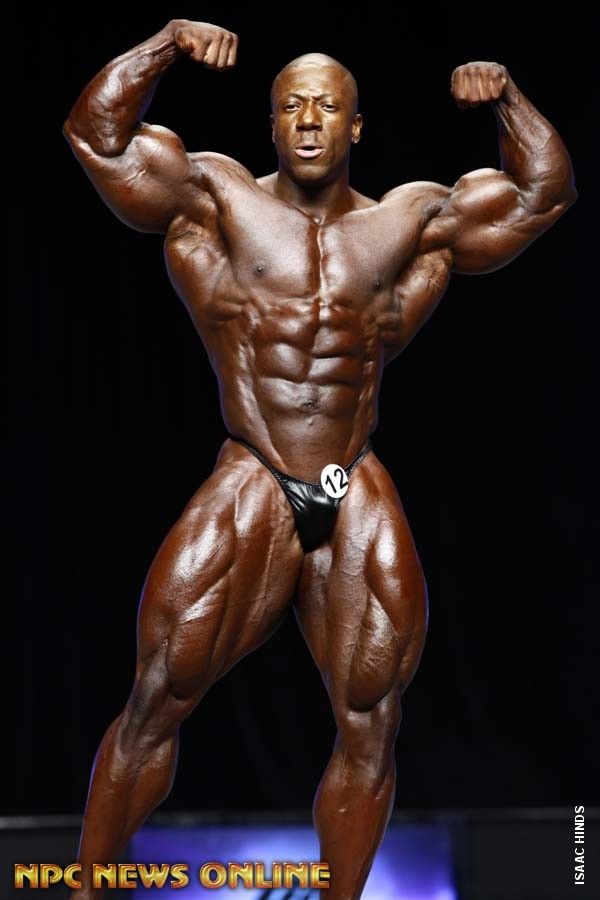 “He’s got a very similar structure to Phil heath. If you put them next to each other they are really close. Big, round muscle belies, beautiful symmetry, beautiful skin tone. A few areas that need to be a little bit bigger, but he definitely is going to be dangerous next year. He’s always had great symmetry, but didn’t have the size. I don’t think Dexter gave him much competition in the final round. His legs still overpower his upper body a little bit. He’s got the nice, big, round delts like Phil has, but still needs to fill out a little bit more up top.”

Go here to see all of Shawn Rhoden’s Olympia photos 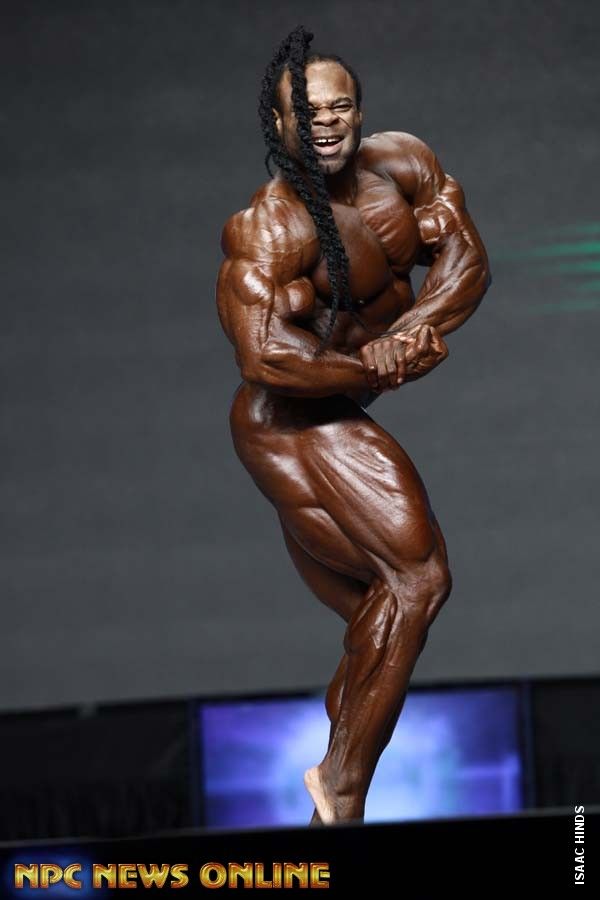 “Kai was in probably the best condition that I’ve ever judged him in. Was much better in finals than he was on Friday. On Friday he didn’t have quite the detail that he had on Saturday. I thought he brought his waist down a lot from last year. I thought he did a really great job there and in improving his symmetry. When I saw Kai by himself I thought, ‘This is gonna be close’. But then when they got next to each other – Kai is wider structurally, but he just doesn’t have that muscle density that Phil does. Kai is so wide up top, but when you put Phil next to him and look at that thickness – Phil has a lot more thickness to his muscle bellies on a smaller bone structure.”

Go here to see all of Kai Greene’s Olympia photos 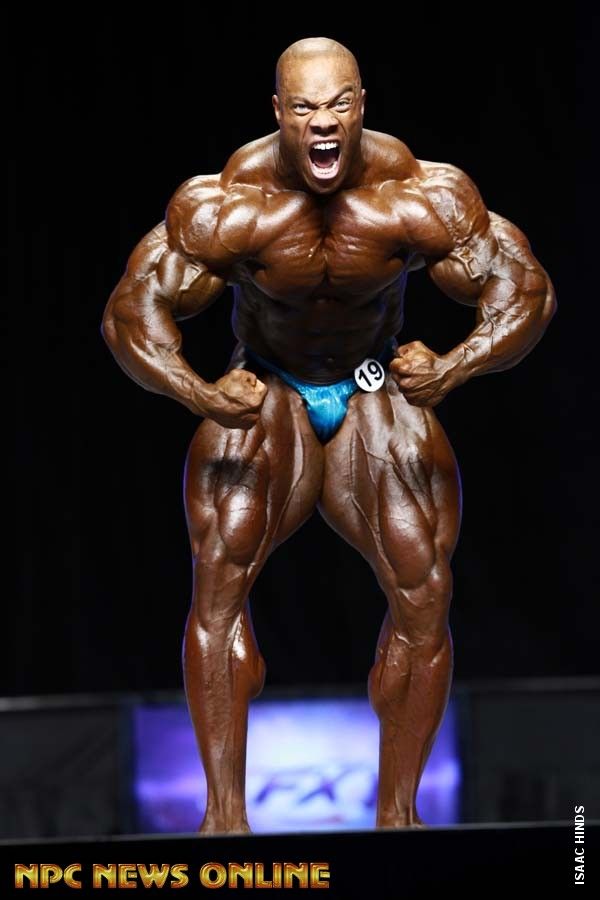 “Friday night I don’t think Phil was quite as crisp as he was last year, but I could tell he was a little bit bigger. It looked like he put on a little bit of size. Saturday I thought his conditioning was great. I love Phil’s size. He’s not a big guy bone-structure wise, but he’s got so much thickness and he’s still so symmetrical. He’s got aesthetic value to him right now and a lot of that is genetics. When he’s right on he’s going to be very hard to beat.”

Go here to see all of Phil Heath’s Olympia photos

OVERALL
“This was one of the closest I’ve ever judged. I don’t think the audience could have asked for a better Olympia. Either of those guys, whichever way it would have went, would have been a deserving winner. I like Phil’s thickness and his symmetry but others like Kai’s mass and how much better he was this year. Sure we could argue why we like one better than the other but that’s why we brought them back twice last night. The judges had a really hard time deciding.” 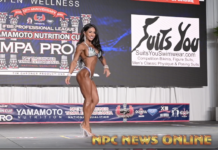 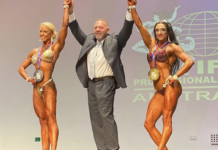 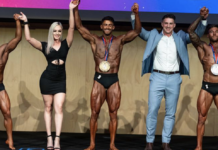