Each competitor must be a member of the NPC.

For national level contests that are professional qualifiers:

A promoter can choose to have fewer height classes for non national level contests as follows:

For all contests with two (2) classes:

Competitors will be checked in and measured.

Beginning in 2018, for NPC Fitness division, the two-piece swimsuit round will be eliminated.  All athletes will be judged on their routines including the following mandatory moves:

Who Qualifies for National Level Competitions?

The following must be provided with your entry:

Beginning in 2018, for NPC Fitness division, the two-piece swimsuit round will be eliminated.  All athletes will be judged on their routines including the following mandatory moves:

The NPC has Women’s Fitness contests all over the United States. Take a look at the schedule below for a NPC contest in your area.

I am very happy to announce that the 2019 NPC Contest Season will be the biggest and best ever. If you are a United States Citizen you have the ability to qualify to compete for IFBB Professional League status in the following (10) events.

(If you achieve a Pro Card at one of these events then you are eligible to compete under the rules and regulations of the IFBB Professional League.)

International competitors and those that possess a Green Card, but not United States Citizenship, who would like to qualify for the IFBB Professional can compete in the following (3) NPC sanctioned events.

I look forward to seeing you all compete this year and Good Luck in achieving your IFBB Professional League Status. 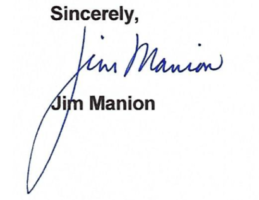