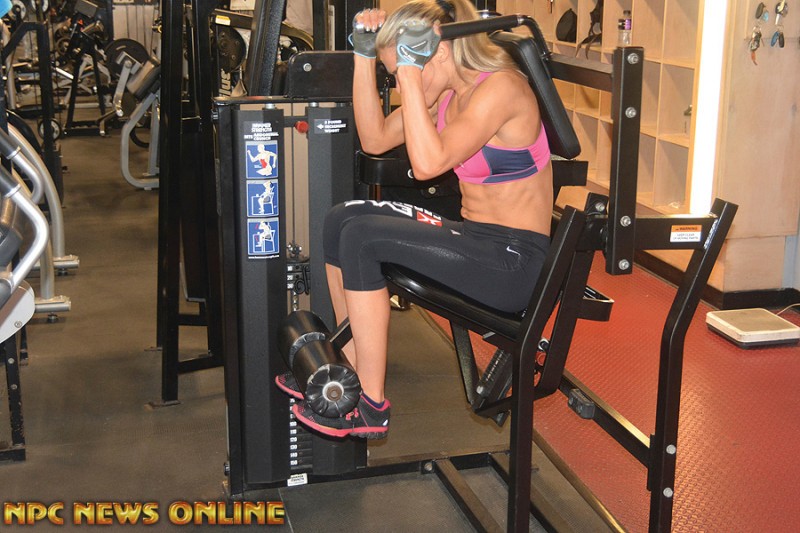 Vladka Krasova (27), the Czech Republic’s only pro bikini, enjoyed a very inspiring spring contest season in the United States of America in the course of May. Her pro show experience in Pittsburgh, Dallas and New York gave her further motivation in preparation for the 50th Olympia Weekend to be held on the third September weekend in Las Vegas, Nevada. Vladka, now in full training in her native Czech Republic in the city of Prague, reflects upon her recent competitions and looks forward to her second Olympia Pro Bikini experience in a row.

1/ Which pro show of the three did you enjoy most?

“I truly enjoyed all three. “The New York Pro has really been special for me also due to its unique atmosphere of Manhattan, the contest itself, and indeed due to an incredibly tough line-up. On the other hand, the Pittsburgh Pro has a very special venue as well as spirit while having all pro men’s  bodybuilding and bikini stars present and in case of the pro bikini also competing.  It is almost like standing on the Olympia stage battling it out for the spot light amongst the very best.”

2/ Was there any special moment or experience that occurred 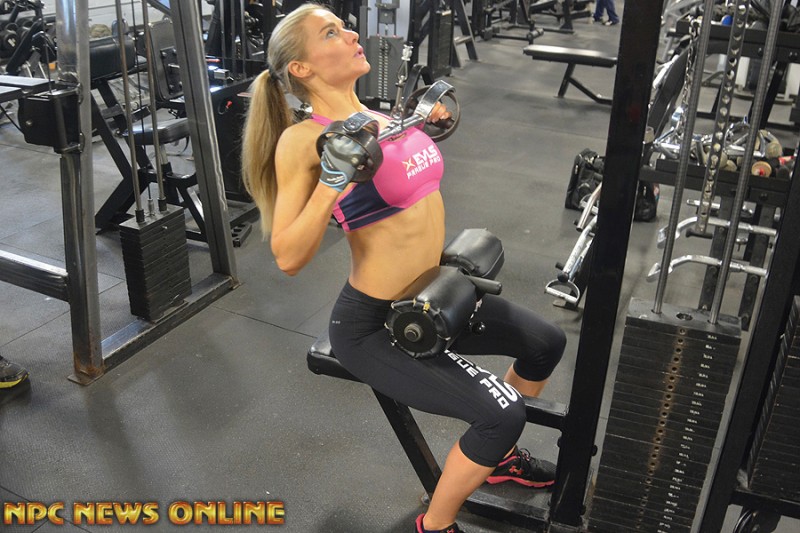 “Although Dallas Pro was very nice and challenging, the Pittsburgh and New York almost felt as if I was standing on the Olympia stage due to the very  tough competition.  Most of the pro bikini girls have either placed in top 10 in Las Vegas or have won a pro show in America, which makes it very hard to contest especially when being relatively new to the American pro bikini scene. It is in fact the competition which helps me learn more, prepare better and work even harder on my stage presentation to present myself in a better form next time I compete.”

3/ For the very first time, you had the opportunity to work out in the Powerhouse Gym of Bev Francis in Syosset, New York. How did you like the place and are you ever going to come back? 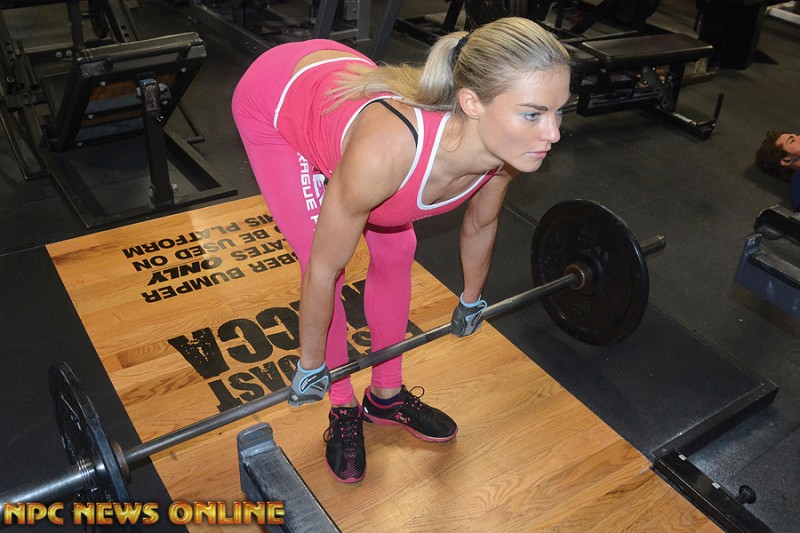 “I really wish that I will be coming back there again and again into the future. This is a very great and truly special gym with its unique ambiance, size and equipment variety. I did have a fanstasic time there, met many interesting and friendly people incl. competitors as well a the owners.  Indeed, Steve and Bev give the place an order and nurture its atmosphere to the highest level I had ever experienced while traveling the world or when visiting cities in the USA. It is a real pleasure to have the opportunity to work out in the Bev’s Gym.”

4/ You were the very first pro bikini from the former Eastern bloc countries to ever shoot for NPC News Online.  How difficult was it and what were your feelings about the experience right then especially when heading to the New York Pro three days after the shoot?

“It was not that very hard (commenting with a smile). 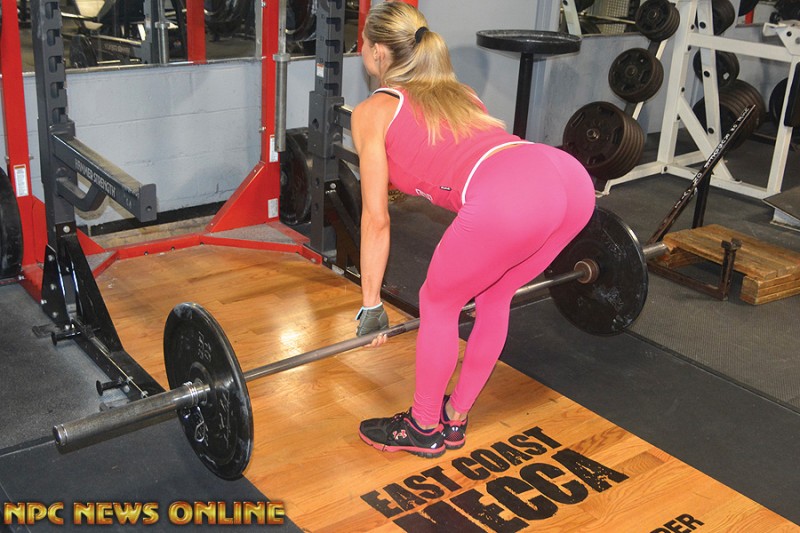 I took it very responsibly and my form made it more comforting for me to do a good job while getting even more motivated for the New York Pro which followed three days after the shoot. I truly enjoyed and appreciated this challenge. This has been a truly unforgettable experience for me and would like to work even harder to be able to repeat it into the future.  It has been a treat to work with Frank Sepe and his team in the course of the shoot or actually anytime.”

5/ As many various bikini pros, you are also part of the Bombshell Team led by Shannon Dey. Is that a big difference to come alone or to be part of a bigger team and share the support of its staff?

“Indeed, this makes a big difference. I was provided with the support and advised  in terms of preparation, food and nutritional supplementation regimen, as well as the training itself.  It all helped me make further improvements and hopefully  will impact me in regards to further progress amongst the pros. Thanks to this, I have made many vital adjustments in my overall  regimen with additional changes to come and be visible in Las Vegas.  I have also learned to listen to opinions and suggestions made by the judges as they do matter to me and I take them very seriously….”

6/ You were recognized eventually as a competitor who made substantial progress after 2013 maiden Olympia appearance. What package can we expect from you to bring to Las Vegas this year? 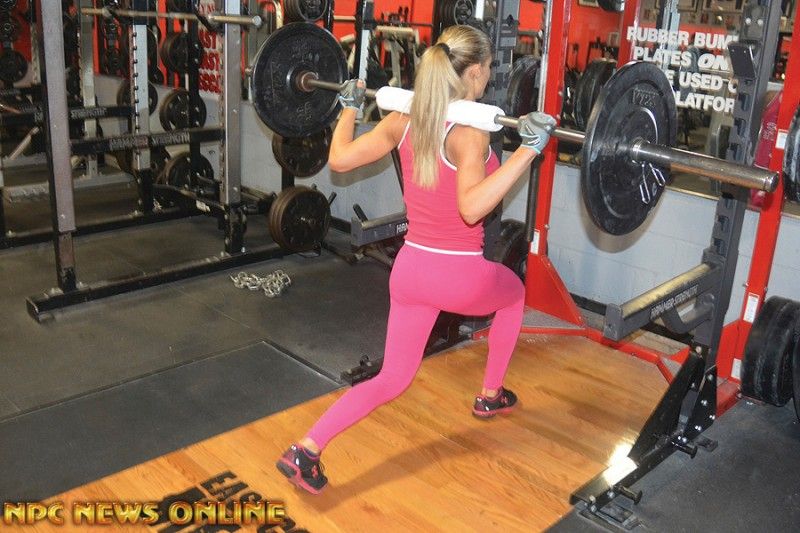 “Certainly better and fuller form than last year, and especially with totally improved presentation including key details when on and off the stage. On top, I really do care to make a serious impact in comparison with the last year’s debut when I was fresh and nervous.”

7/ Finally, very few people are aware of the fact you work very hard in the gym and on stage, but also at school aiming to graduate with Master’s degree in international diplomatic relations.  How are you able to manage your studies with your training and contest schedule along with some PR appearances and seminars you do in your native Czech Republic? “I was born a lion, which makes me hard working and fighting for the goals by nature. The education is equally important to me as the sport, and I am fortunate to be able to seriously pursue two activities which I like and which are not in conflict with each other. It is hard from time to time, however, I want my master’s degree by next year and be on the Olympia stage in September and future years.”

8/ You were seen on stage of the inaugural 2014 Olympia Amateur Europe in the capital city of Prague. This time, you gave away awards. Did you not feel different than when being judged amongst the very best in the USA?

“I wanted to compete even when giving out the awards, 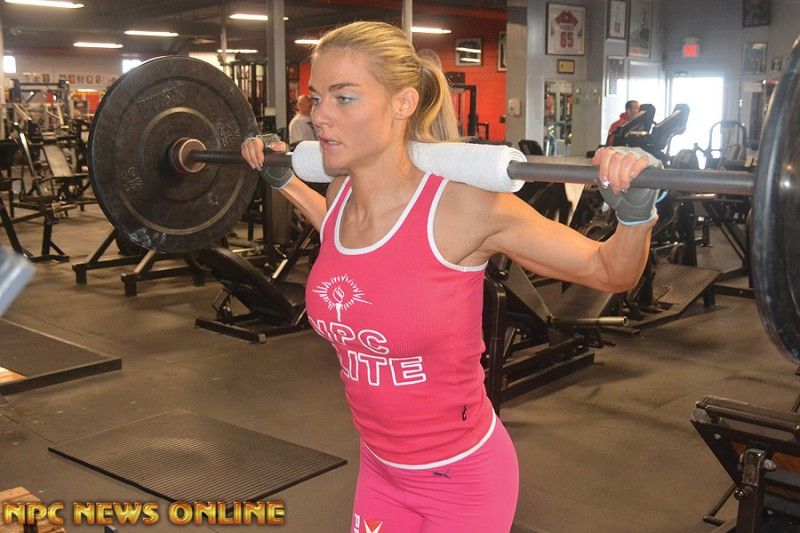 regardless of being in the native Czech Republic or in the USA. Thanks to the last couple of years and especially thanks to May shows and exposure to  the US pro competition scene, I progressively begin to feel more comfortable and that makes a huge difference for me and my confidence which I need to build up prior to this year’s Vegas.“

9/ What can your fans expect from you in the remaining part of the year?

“To all competitors, I advise not to ever give up.  As so far, I plan to hold and execute a few seminars to be held still in 2014 and will be focused on bikini training, nutrition, contest preparation as well as show presentation when on and off stage. Until then, I remain focused on the 50th Olympia weekend and Pro Bikini competition held on Friday, September 19.” 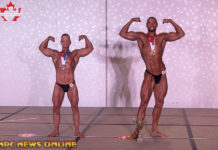 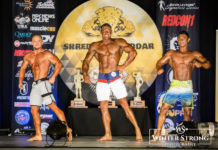