Warren, two weeks removed from his second consecutive Arnold Classic win, faced a surprisingly tough test from Michael Kefalianos. Much improved from his ninth-place finish at the Arnold Classic, Kefalianos finished as the runner-up to grab the second Olympia qualification from the contest – grandfathered in under the old qualification system for the final time for this contest. Also earning points in the new IFBB Pro Olympia Qualifying Series were Omar Deckard (3rd), Darren Onekawa (4th) and Luke Timms (5th).

Stern, meanwhile, defended the title she won a year ago by finally getting the best of long-time rival Nicole Wilkins after placing second to Wilkins the last four times the two squared off. Stern last beat Wilkins at the 2010 Olympia. The two have finished 1-2 in the last seven contests in which they have both competed.

Go to Musculardevelopment.com for full contest coverage of the Australia Pro Grand Prix! 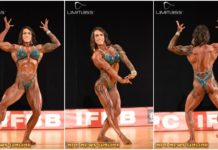 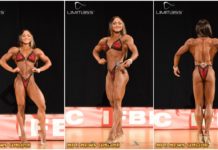