2013 IFBB Bikini Olympia Champion Ashley Kaltwasser was in Pittsburgh on Thursday, February 13th for training photos & video’s at the NPC Photo Gym (formerly Manion’s Gym).  The videos are exclusive to NPC News Online while the photos are for both NPC News Online & Gaspari Nutrition, who Ashley is an endorsed athlete for.  Ashley got to speak with The Prez Jim Manion & meet police officer Josh Thomas, who volunteered to be Ashley’s personal bodyguard at the 2013 IFBB Bikini International if she wanted.  How nice! 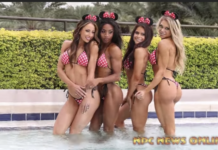 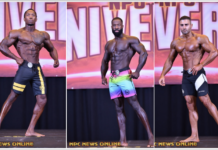 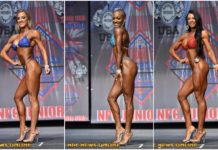