Branch Warren brought down the house in a guest posing appearance that highlighted the 2011 NPC Natural Northern USA Championships. Held on October 1st, just two weeks after the 2011 Olympia, Warren shrugged off the torn quadriceps that forced him to sit out that contest. But he didn’t let that stop him from making his scheduled guest posing, much to the delight of all of the fans in attendance at the Lakeview Civic Auditorium in Lakewood, Ohio. 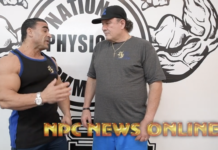 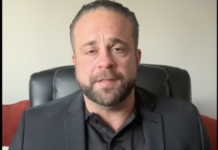