On the Sunday after the 2013 IFBB Olympia’s, NPC News Online photographer J.M. Manion took IFBB Olympia athlete’s Amanda Latona, Candice Keene, Mallory Haldeman and Jason Poston out to the Eldorado Canyon Ghost Town for a full day photo shoot. The NPC News Online crew consisted of Amir Marandi shooting Behind The Scenes photos and video, Ron Avidan shooting video and Behind The Scenes photo and Johnny Cortese holding the light disk. All of J.M. Manion’s photos are unedited with no retouching. “The whole photo shoot was a collaborative effort by me, the athlete’s and my crew,” Manion stated. “Everything just clicked on this shoot. For me the key to much of this was using the dual-sided light disk for all the photos. No flashes were used at all. This is what I feel adds to a more natural and occasional unique look to the photos.”

Amanda Latona can be contacted for appearances exclusively through FMG, www.FMG-FitnessManagementGroup.com 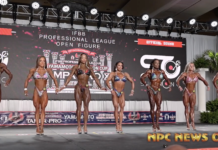 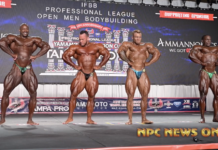 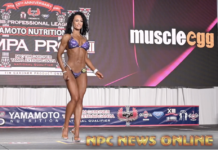