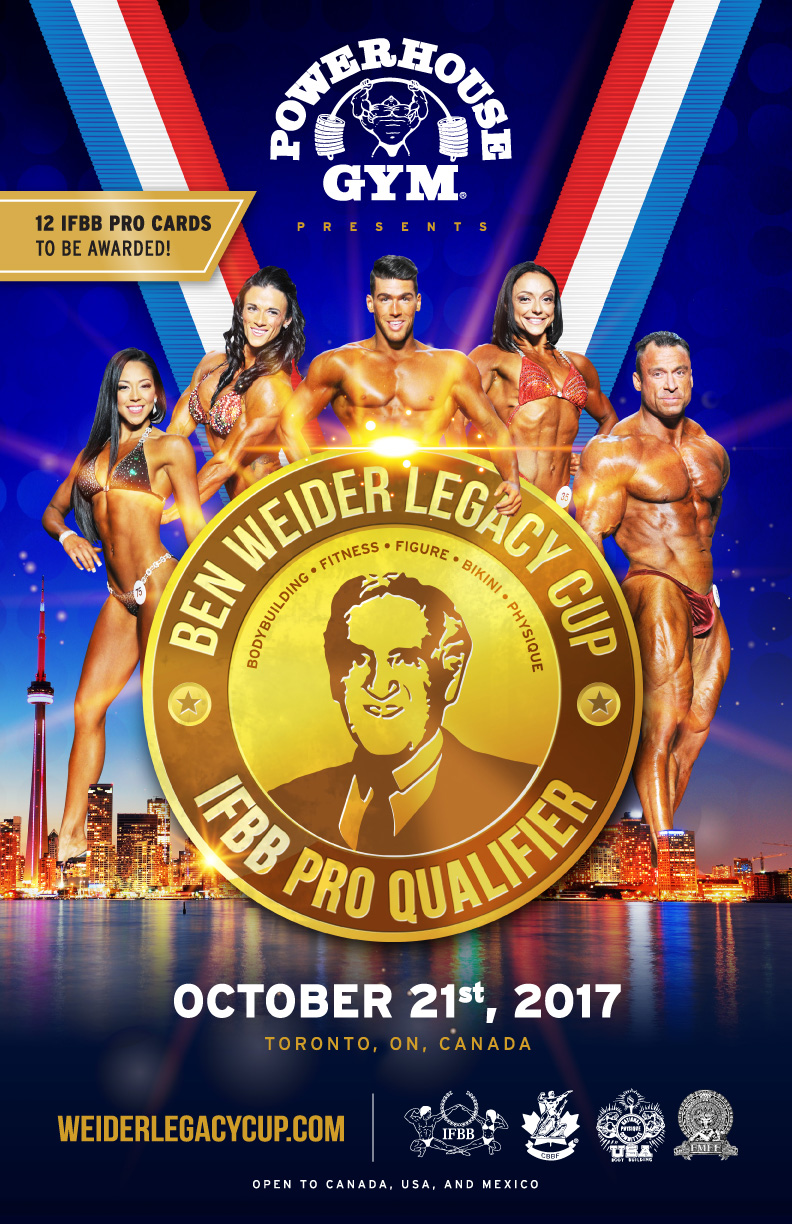 The Ben Weider Legacy Cup is the can’t miss international event of the year.  Thanks to the support of the President of IFBB and the President of NPC & the IFBB Pro League,  the Ben Weider Legacy Cup which was in Edmonton last year will be moved to Toronto.  The IFBB would like to see this contest continue to grow in Canada, therefore positioning this event in the most populated city in Canada and neighboring the USA will ensure a larger participation from international competitors in Canada, USA and Mexico.

Ben and Joe Weider, the co-founders of the IFBB were born in Montreal, Quebec, Canada which makes this competition extra special for the IFBB community.  Wil Dabish from the USA, founder of Powerhouse Gym and promoter of multiple NPC contests teamed up with Ron Hache, President of the Ontario Physique Association and promoter of the Toronto Pro SuperShow.  They both have a great respect for the IFBB founders and are committed and grateful to the IFBB for their confidence in the production of such a prestigious event.

Ontario is the most populated province in Canada with over 3,000 IFBB members and 26 sanctioned  events.  It’s provincial neighbor, Quebec is the second most populated province and has a reputation for great numbers of IFBB members and competitors, this along with the other eight great supporting provinces makes Canada one of the most popular bodybuilding and fitness country in the World.  Our southern Neighbors, the USA home of the Olympia and the Arnolds has the largest NPC presence in the world with thousands of IFBB amateur competitors,  many are only a few hours’ drive to the venue which makes even easier for our NPC friends.

This is truly an international event with Mexico, USA and Canada participating.  The complete support of the NPC, the Mexican Federation and the CBBF will guarantee an extremely competitive contest.  Top 5 from the CBBF 2016 Nationals and World Qualifier, plus Top 15 from the 2017 CBBF National and 2017 World Qualifier has made this contest truly accessible to our National Canadian athletes, thanks to the support and help of Georgina Dunnington, President of the CBBF.  The President of NPC, Jim Manion has also made it easy for current NPC members to compete by allowing for this year only competitors to compete provided they are current NPC members and have competed in  a 2017 sanctioned NPC event .

The incentive of 12 IFBB Pro Cards to be handed out that weekend is the icing on the cake. The IFBB has given this event special privileges for  Canada, the original home of Ben and Joe Weider, they are allowing two Pro Cards for each category of Bodybuilding, Men’s Physique, Women’s Physique, Bikini, and Figure.   Winners in the Open, Masters and Grand Masters classes will be in the Overall battling it out for two Pro Cards in each of the above categories.  Even more exciting, for the first time, there will be  two Pro Cards  handed out for Classic Bodybuilding–what a great opportunity for our light weight bodybuilders to attain that illusive IFBB Pro status.

What makes this contest also special is the invitation sent to both IFBB President of Dr. Rafael Santonja, NPC and IFBB Pro League President Jim Manion, who both plan to attend.

The convenience of this event being held at the International Plaza Hotel with the venue and hotel  in the same building and only 5 minutes from Pearson International Airport makes it convenient for all and competitor friendly.

Lock in October 21st weekend in your calendar and plan to compete or attend this spectacular international event of the year. Canada looks forward to being your host. 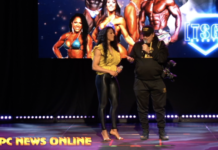 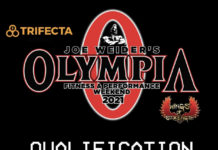 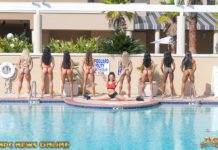