All five defending champions will put their respective titles on the line when they return to Columbus, Ohio to compete in the Arnold Sports Festival. Branch Warren, Nicole Wilkins, Nicole Nagrani, Adela Garcia and Iris Kyle will all be on hand once again as they look to hold off some of the top competitors in the IFBB Professional League.

ARNOLD CLASSIC
Warren, who was forced out of the 2011 Olympia when he suffered a quad tear just weeks before the contest, makes his return to the stage where notched the biggest win of his xx-year pro career one year ago. He’ll face a list of contenders that includes three-time Arnold Classic winner Dexter Jackson – going for his record-tying fourth win – 2011 runner-up Dennis Wolf and 2011 FLEX Pro winner Evan Centopani.

FIGURE INTERNATIONAL
Defending champion Nicole Wilkins will look to make history by joining Jenny Lynn as the only three-time figure winners in contest history. Wilkins, the 2009 and 2011 Figure Olympia winner, won a record-setting five contests in 2011. Her toughest test will come once again from Erin Stern, the 2010 Olympia winner and  two-time Figure International runner-up (2010-11). Ava Cowan (3rd in 2011), Cheryl Brown (5th in ’11) and Teresa Anthony (6th in ’11) also return.

BIKINI INTERNATIONAL
Nicole Nagrani became the youngest Arnold Classic champion in history last year when she won the first-ever Bikini International at the age of 19. Now, after winning her first-ever Figure Olympia in September, she is the owner of the sport’s two biggest titles. Who can stand in her way? Her toughest competition will come from 2010 Bikini Olympia and 2011 Bikini International runner-up Sonia Gonzales and 2011 Bikini Olympia runner-up Nathalia Melo.

FITNESS INTERNATIONAL
Garcia, who won her record-setting fourth Fitness International last year, highlights a field that includes 2011 Fitness International and Olympia runner-up Tanji Johnson. Garcia, who also holds the record for most Fitness Olympia wins with six, has been unstoppable since returning from a career-threatening knee injury in 2007. Camala Rodriguez (4th in 2011), and Myriam Capes (5th in ’11) also return. 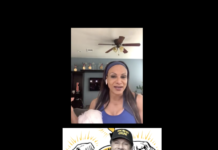 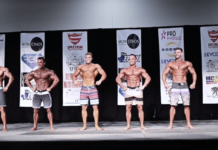 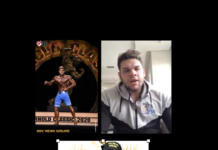